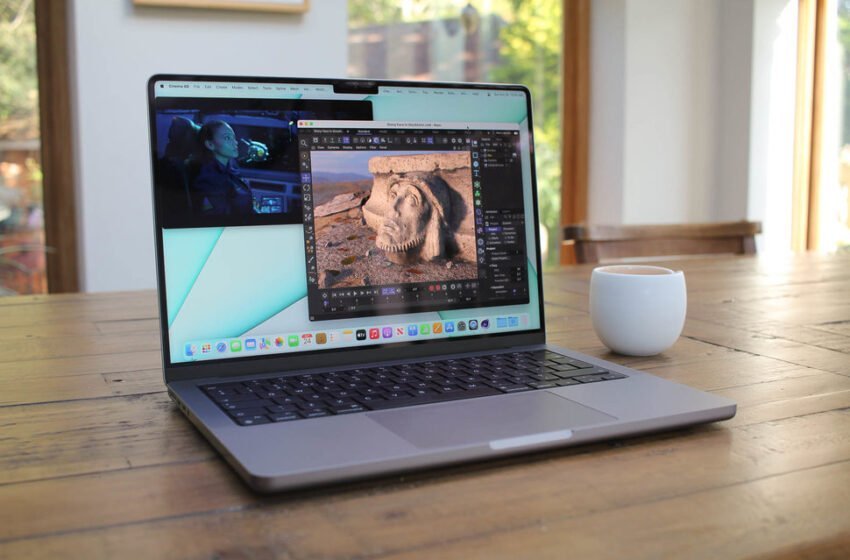 Ahead of an official launch later this week, new images sent to MacRumors show the new 14-inch MacBook Pro on display at an Apple Authorized Reseller, offering us an even closer look at Apple’s entirely revamped MacBook Pro.

The new 14-inch and 16-inch MacBook Pros were by far two of the most highly anticipated and talked about Apple product releases of the entire year. Now that Apple has officially announced them, customers are eager to get their hands on the new computers and see even better images of the first MacBook Pro redesign since 2016.

We’ve already seen an unboxing video and photos of the MacBook Pro earlier this week, and just earlier today, a second video that offered us a closer look. The latter, however, was taken down from YouTube, possibly at the behest of Apple, as official hands-on footage and reviews of the new laptops are not yet permitted to be published.

The new images sent to us by reader George offer us perhaps the best look at the new 14-inch MacBook Pro yet, outside of shots of the laptop during last week’s Apple event and promotional material. In the photos, the redesigned chassis is visible, and despite the impression that Apple’s marketing material may give, the feet on the bottom of the MacBook Pro are not that noticeably high in comparison to some older MacBook Pro models.

On the front, one of the most notable design changes is the inclusion of a notch. Apple is taking steps to limit the influence that the notch has in day-to-day use on the new MacBook Pros. As you can see in the photo below, the notch is more noticeable when users are not using full-screen macOS apps, and Apple has increased the height of the macOS menu bar to accommodate the notch. 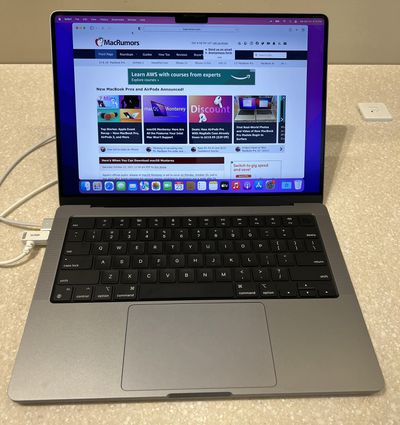 For the display, the new MacBook Pros include mini-LED technology, the same technology in the high-end 12.9-inch iPad Pro. Alongside support for ProMotion, the Liquid Retina XDR display offers improved color and brightness for HDR content. Other design changes on the front include an all-black keyboard and the return of the function keys on the top row, with Apple removing the Touch Bar. The trackpads on the new 14-inch and 16-inch MacBook Pro are the same as the previous generation.

Sending us these images, George did leave a few notes for us regarding his first impression of the new machine. George told us that the laptop is heavier than expected, that “the notch isn’t intrusive,” and as we’ve reported previously, that the notch can serve as a hiding place for the macOS pointer.

Below are some additional photos of the 14-inch MacBook Pro that MacRumors received, including shots of the newly added HDMI port, SD card slot, and an image of the MacBook fully closed. 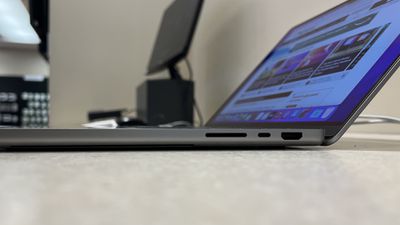 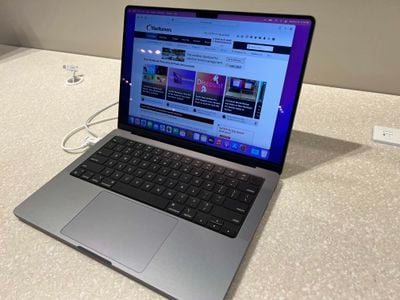 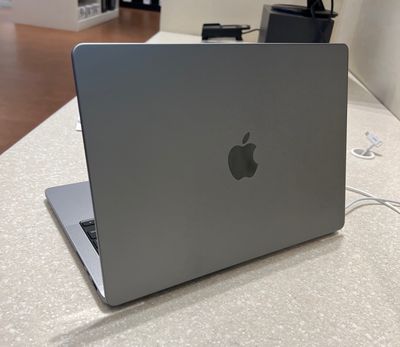 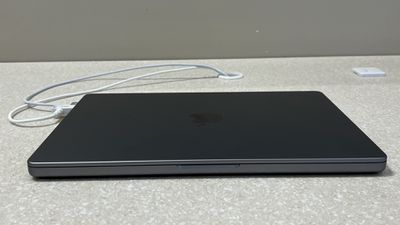 The MacBook Pros became available for pre-order earlier this week and have already started shipping to customers ahead of their Tuesday release. Both the 14-inch and 16-inch models can be configured with either the M1 Pro or M1 Max chips, which both offer significant performance gains compared to the M1 chip.

The new MacBook Pro lineup starts at $1,999 for the baseline 14-inch model with 16GB of unified memory, 512GB of storage, and the ‌M1 Pro‌ chip. The highest-end configuration of the 16-inch MacBook Pro with 64GB of unified memory, 8TB of storage, and the ‌M1 Max‌ chip with a 10-core CPU, 32-core GPU, and 16-core Neural Engine retails for $6,099. Learn more about both models by reading our dedicated roundup.